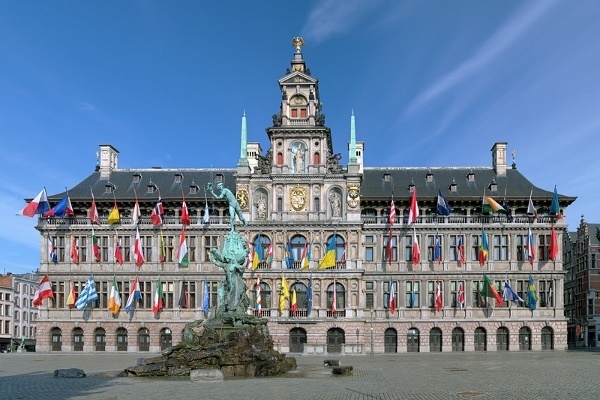 The Grote Markt Antwerp is the main square, right in the heart of the city! This magnificent triangular square is surrounded by, on one side, the city hall and, on the other two sides, the guild hall. The Brabo fountain stands proudly in the middle.

What's there to see?

The City hall of Antwerp was built after a design of Cornelis Floris de Vriendt from 1561 until 1564. The city needed a much larger city hall as Antwerp was booming, in trade and in population. This building had to show the world that Antwerp was a world city and that was wat exactly happened. The city hall was for a long time an example of its uniqueness and grandness in the areas far and beyond.

This monumental building is built in the Renaissance style, the middle section draws more to a baroque style.

Of course, to erect this building in that time, we are talking about huge amounts of money! The mayor and his council decided to dedicate the whole ground floor to shops. These shops would rent the place and this way, the city got sponsored in building their dream city hall.

As often happens, back then and now, the project went royally over the planned budget and all the money was spent, while the building was 2/3 finished. Luckily, after pumping another 50 % of the original budget, the city hall was finished in 1564.

Unfortunately, Spanish soldiers targeted the city and started plundering the city and put the newly build city hall on fire in 1576, only 12 years after it was finished!!! Imagine…

The roof and the interior were gone and needed to be rebuilt.

In course of time, a lot of changes happened to its façade.

The city hall of Antwerp is classed as a UNESCO World Heritage site.


The largest guildhall is named the ‘Pand van Spanje’, which means the house of Spain. You will recognize it at the chevalier on its horse that is just ready to kill the dragon that is climbing up. The Horseman is Saint Joris. 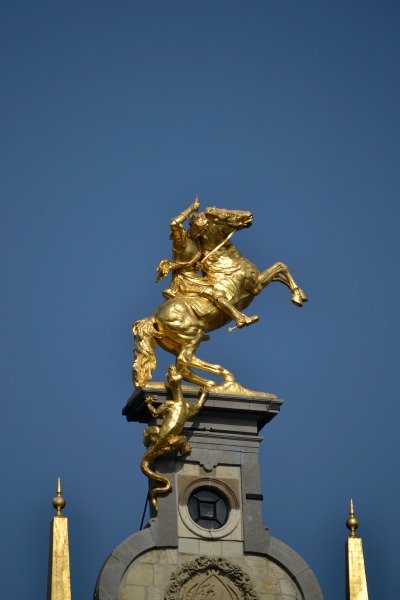 Truth to be told, only a few guildhalls are original. House numbers 24, 38 and 40 are authentic. They have been renovated to show their original beauty again.

The other houses are actually replica’s from houses that were there before. These were built in the 19th and 20th century and were based on old paintings and testimonies. Some houses were based on houses that used to be elsewhere in the city.

All the guildhalls on the Grote Markt Antwerp are built in a Renaissance style with a few Gothic elements like the pinnacles, that are so typical for Belgium and the Netherlands. 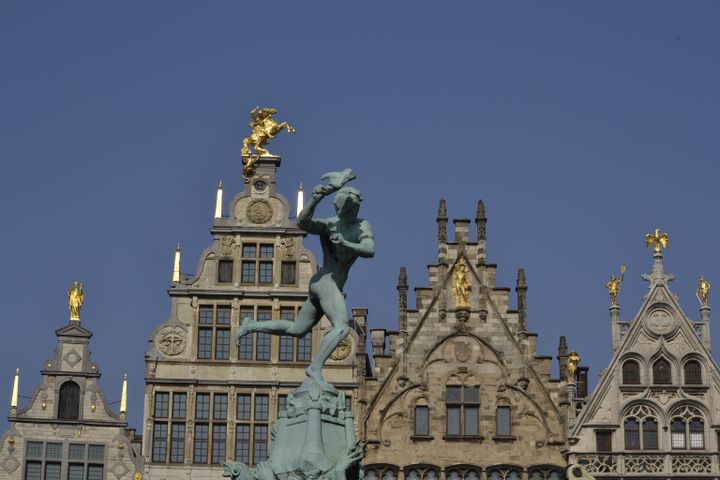 The fountain with Silvius Brabo on top, is a master piece right in the middle of the Grote Markt Antwerp. Brabo is the official symbol of the city of Antwerp and according to the legend, he founded Antwerp.

The fountain itself is made out of bronze and depicts Brabo throwing away the cut-off hand of the Giant Druon Antigoon. Jef Lambeaux, an artist born in Antwerp, made this fountain in 1887. As you will see, he made quite a few pieces of art for his beloved city.

Now, it's time to tell you the Legend of Silvius Brabo...

The Legend of Silvius Brabo

This awesome legend dates back to the 16th century. It tells the story of a giant with the name of Druon Antigoon, who terrorised all the sailors who were passing the river Scheldt. He forced them to pay a tax, and whoever refused or could not pay it, lost his hand. The giant just cut their hand off and threw it in the river. Until Silvius Brabo, a Roman soldier, stood up to him and killed Druon Antigoon. As payback, Silvius Brabo cut his hand and threw it in the river. 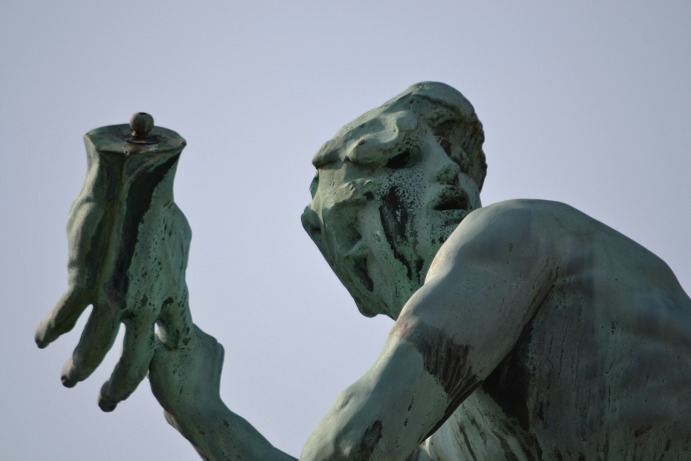 This legend explains how Antwerpen got its name. A hand in Flemish is called a 'hand', the verb ‘to throw’ in Flemish is ‘werpen’. So 'hand-werpen', or in Enlish 'hand-throw', became eventually 'Antwerpen'.

Where is the Grote Markt Antwerp?

The Grote Markt Antwerp is situated in the neighbourhood 'historical centre'. It is located between the river Scheldt and the Cathedral of Our Lady. You can't miss it! 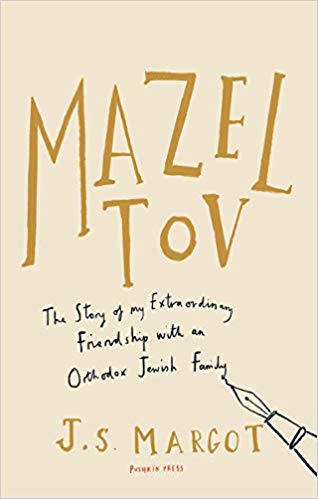